When it comes to Attractor Patterns, there are the “favorites” out there in the fishing world that anglers have found to be the ‘best of the best’ to attract that much-desired strike of the fish. Here’s a sampling of some you most definitely want to have in your fly box. 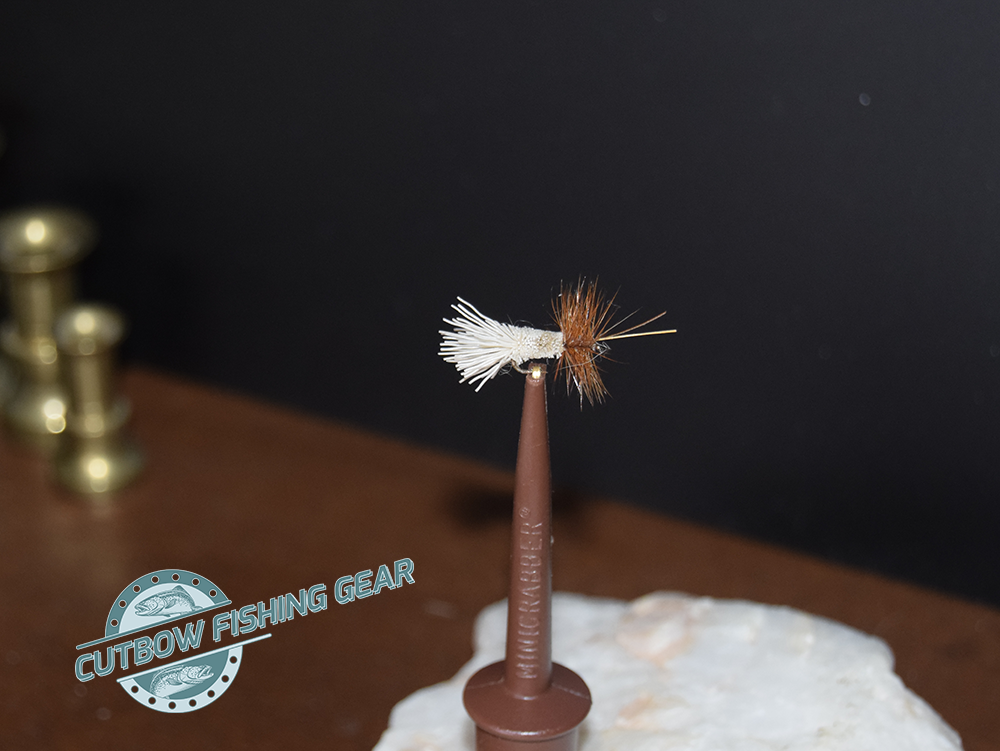 Goddard Caddis, one of my favorite caddis fly patterns

The greyish-blue of the Parachute Adams is a favorite among many. This traditional dry fly used for trout is considered a generalized imitation of an adult mayfly, flying caddis, or midge.

The Elk Hair Caddis is a great dry fly commonly used for trout fishing; however other anglers have used it to reel in both panfish and steelhead. Imitating Adult Caddisfly and Stonefly, sizes range from 10 to 20. It was also created by a true pioneer in the sport of fly fishing, Al Troth, in 1957. It’s been stated that the elk hair and brown hackle found at the front of this fly allows it to float far longer than many others. In addition, having the brightly colored underbelly allows the trout to focus in on this unique prey and take a chance.

Another name found almost everywhere when it comes to fly fishing and attractors is the Royal Wulff. Being only a small part of the “Royal” family of flies, it is a true classic that anglers continue to count on today. The Wulff style sports a brown or white bucktail (tail); brown hackle; and a wing of white calf hair or bucktail.

Another that you may have heard less about is an “oldie but goodie” when it comes to dry fly fishing. The Renegade seems to bring luck because of the unusual way it looks. Sporting white hackle at the front and brown hackle at the rear, it has been known to be used as a wet fly, as well.

Another “must-have” is the Stimulator attractor. Always helpful, it becomes a true gem when dry fly fishing during a big stone fly or salmon fly hatch. Sitting high, this versatile fly can imitate a variety of insects. When it comes to a dead drift, however, it is normally sighted as a grasshopper that’s been blown onto the water’s surface.

And, with this, we’ve not even scratched the surface when it comes to the Attractors that can be found all across the Internet. Take a tour of the images and videos on how to tie these patterns today!

For a Great Gear to Enhance Your Day on the Water, Follow the Links Below:

View all posts by Tom Ski →